Spain has to get ready for responsible regulation of cannabis

As we come out of confinement under threat of a new outbreak and facing a serious economical crisis, the country is gearing up for what will be our New Normality. We all need to re-think our ways and work together to confront the challenges ahead. A responsible regulation of production, sales and consumption of cannabis promises incredible social and economic benefits.. So, is this the moment to start taking some serious steps in the right direction?

Spain has its own long history with cannabis, since it started being introduced in the 40ties through soldiers coming back from Northern Africa. For a long time cannabis was readily available and completely legal to grow and consume, but this ended in the 60ties following US policies. However, the plant had already rooted and a submerged culture remained. While pale tourists started flooding the Spanish beaches, most young Spanish travelled to Amsterdam to hang out in Coffeeshops. They also started acquiring knowledge and bringing back equipment, as more people started growing their own. Through the years the Spanish 420 culture has grown into what it is today, a maturing industry that is ready to step into the spotlight and shine!

Let´s face it, Spain really has some great advantages to position itself as a leader in this industry; It has the history, knowledge, infrastructure and fantastic natural resources. At the moment The Netherlands are Europe´s biggest exporter of cannabis flower.. a tiny country, that hardly gets any sun. If regulation is done timely and responsibly, there is a huge economic potential.

In the past months we´ve all seen predictions about the financial impact of the COVID-19 outbreak, the Spanish GDP is predicted to drop somewhere between 9 and 11% this year. That is horrible and there will be very difficult months ahead. It´s crucial that changes are made to ensure we recuperate as fast as possible, while addressing important social issues that have been side-lined so often in the past.

Regulation of production and consumption of cannabis would greatly contribute to this. Looking at the U.S., Colorado has posted tax revenues recently over 2019 of over 300 million Dollars. The city of Denver alone cashed over 60 million just in tax revenues last year.. that could be you, Barcelona! 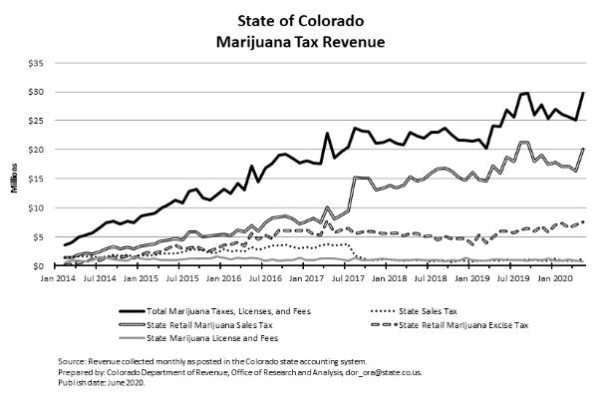 Another very important factor to keep in mind is the creation of quality employment. Leafly calculated this year that there are as of this year 243.700 Americans are working full-time in the sector. Last year alone 33.700 new jobs were created, making it the fastest growing industry in the country. With literally millions of jobs lost or at risk after Corona in Spain, we can´t ignore this opportunity any longer.

When it comes to production, there is already a significant amount of licences that have been given out to large companies that export their medicinal end-product. At the same time the E.U. is importing record breaking amounts of flowers from countries like Uruguay. We could see this as a step in the right direction, but we also have to be careful that the rules aren´t being written in favour of a few big players.

Regulation should be done responsibly, and has to be inclusive. All stakeholders should be involved. Looking at the US, an example for regulation in many ways, we see that there is still much work to be done to offer equal opportunities in the booming cannabis sector.

Out of the darkness

For a very long time now cannabis has had a bad rep. Consumers have been stigmatized, and persecution during the seemingly endless war on drugs has been staggering.

Despite all the negativity and unnecessary suffering, an enormous world-wide community has formed and public opinion in general has shifted. More factual information is now getting through, teaching us that the demonised plant is not only harmless, it actually has great medicinal properties and a very wide range of practical applications.

In recent years, we´ve also learned much more about why a simple weed needed to be top of the list of scheduled narcotics in the first place. A 22 year old article was published in 2016 that probably confirmed suspicions for many:

‘We knew we couldn’t make it illegal to be either against the war or black, but by getting the public to associate the hippies with marijuana and blacks with heroin, and then criminalizing both heavily, we could disrupt those communities.. Did we know we were lying about the drugs? Of course we did.’

These days we are seeing that people all around the world are calling for social reforms. Changes are demanded, and we will need to find the way to break down some of these old walls and build a better future together.

There are many people, movements and organisations working to put forward new legislation and push for reforms. See what you can do in your area to make a difference. Would you like to know more about the history of cannabis in Spain and why we urgently need inclusive regulation, check out the documentary ‘ Primero las Personas’ by Ricardo Carvajal Cortés with the support of the European Observatory for the Consumption and Cultivation of Cannabis. 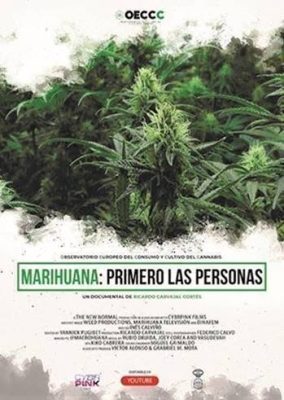 This website uses Google Analytics to collect anonymous information such as the number of visitors to the site, or the most popular pages.
Leaving this cookie active allows us to improve our website.